Roberta photo
behind the scene

There are various portraits Roberta Bayley took over the time, and in all those photos, people look very relaxed and just being themselves, which make those portraits very attractive and appealing.

In this photo, too, you see this woman looks very relaxing, but wonder how this was taken under what kind of situation? Roberta explains:
"The lady in the chair is actually a newscaster named Judy Licht who we interviewed for Punk." "She got famous because she had this little news segment every night after this cult show everyone watched called “Mary Hartman, Mary Hartman”. (John) Holmstrom was obsessed with her, especially her full lips, so we interviewed her and John did a very funnny comic strip about her!" 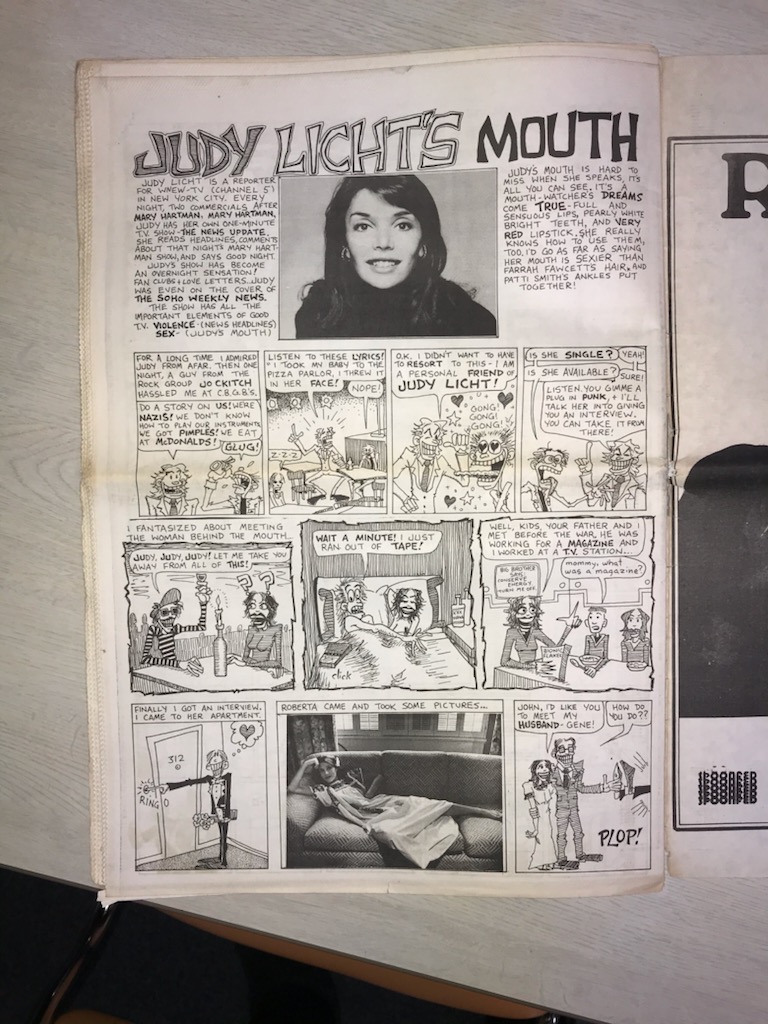 Yes, we found the comic strip on PUNK issue 10!
As you could see, the hand-written introduction by John talks about Judy's mouth:
"is hard to miss when she speaks, it's all you can see."
"I'd go as far as saying her mouth is sexier than Farrah Fawcett's hair, and Patti Smith's ankles put together!"
And the comic strip shows how they ended up interviewing Judy; John excites and fantasizes about meeting his dream woman, but only finds out that she is married!

So now we see this photo was shot when PUNK interviewed her at her own place, no wonder Judy looks relaxed on her own couch!