Photographer Andrew Maclear is having his own solo exhibition at the gallery in Mallorca Spain, where he resides. 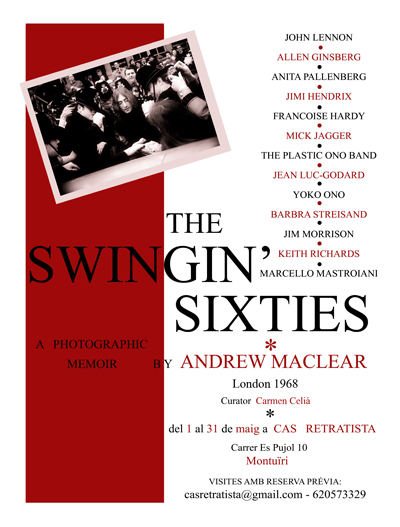 You can see his masterpieces, portraits of musicians and celebrities from '60s London in this month-long show "the Swingin' Sixties" just started from May 1st.

The show is attracting attention of media; there was a interview aired on the local TV news.

And also on the local newspaper, which along with his background, talks about some interesting episodes of how he shot his photographs that he is famous for. 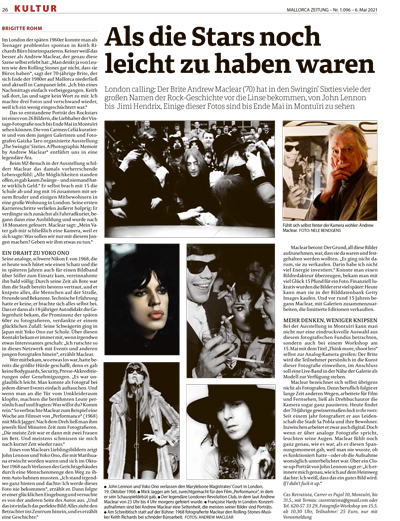 In this article, Andrew talks about the time he shot one of his favorite pictures, John Lennon and Yoko Ono surrounded by the crowd of people and policemen, which is used on the poster of the show and also appeared on the newspaper.

"I was standing somewhere at the very back and thought: I'll never be able to get a photo" So he decided to move around and went on the other side of the car that John and Yoko were trying to get in. "And that's just the perfect picture, everything pulls the viewer into the center and it tells a story."

There would be a workshop held on this weekend May 15th, titled "Think more, shoot less", where participants would be able to learn from the master by shooting a live band as model; sounds very interesting, we all wish to be there!