Godlis and a photo

Compilation of years of his street photographs, GODLIS STREET has been receiving many favorable reviews and the sales have been going well since its release a half year ago.


In the book, you see photos of people who happened to be just there when Godlis took photos of them, and so he does not know about them really. Imagining who they are and what was the situation for each of them is one way to enjoy this book.

However, there are many cases Godlis learned about his subjects after showing photos on Instagram and other places, and below photo is one of them. 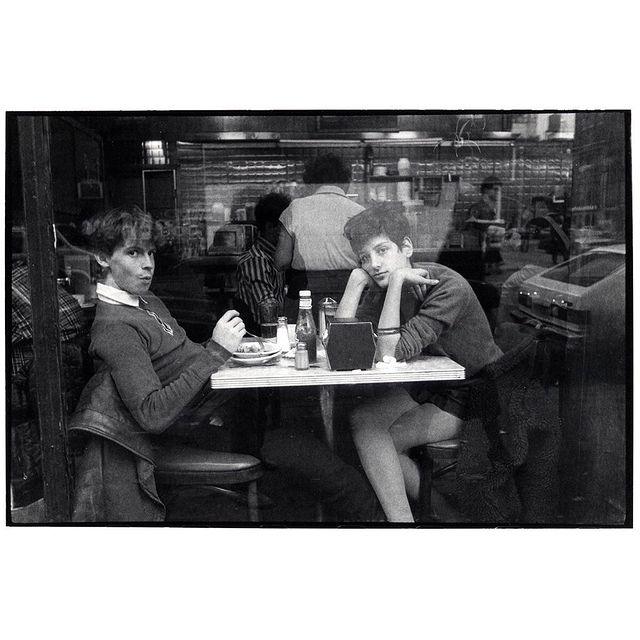 He shot this in the morning sometime in 1982, when he was passing by the coffee shop close to where he lives.
He saw the couple at the window table, thought that they were having breakfast after night out, and just shot them through window.

A couple years later he received a letter from the girl in the photo. 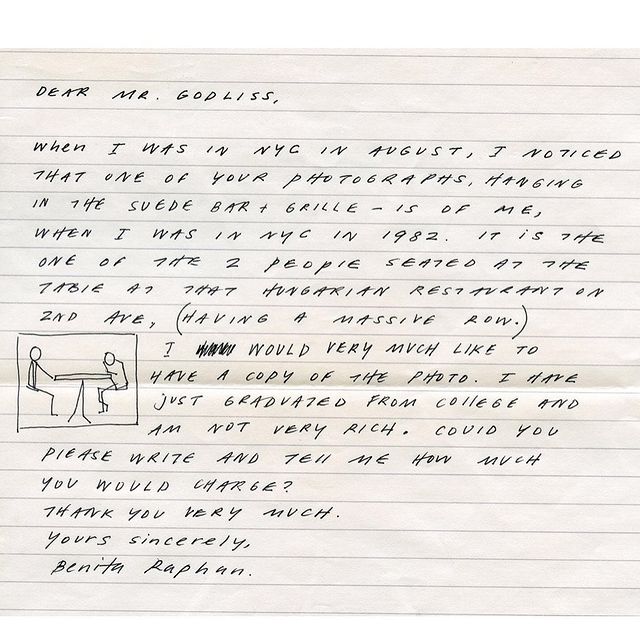 The letter said that she saw the photo displayed at the restaurant in NY, and it is her in the picture, and she wanted to buy the photo. He also learned that she just graduated from collage and now back in England, and she and her boyfriend were having a big fight when the photo was taken.

So Godlis sent her the photo, and "that was it for a while".

And it was last year when he was looking at this photo while working on GODLIS STREET, he found out after a quick Google search on her name, that she is back in New York, teaching at the school she graduated. So he contacted her through her website, and since he was still working on the book, gave her his first photo book, HISTORY IS MADE AT NIGHT instead.

And in this February, he again contacted her to give her GODLIS STREET, but unfortunately, her family replied that she passed away in this January. 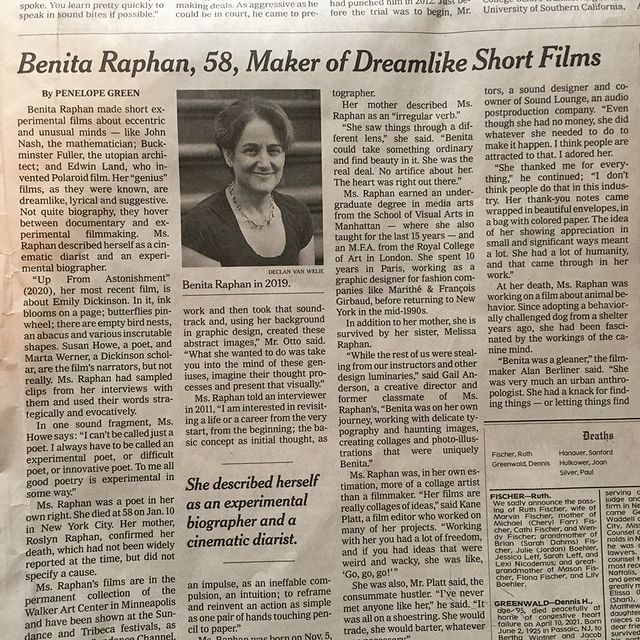 Sad, but he said it is amazing that just one picture he took, and he feels like known her for years.

Godlis share this photo and the story on his Instagram, and he received many comments from people who knew her.

I was friends with Benita and never knew this was her.
Thank you for the kind words and for sharing this.
Please watch her films to honor her.
I will share your post with a few of her close friends.
Reading this post, I feel a sort of gentle reverence for you both.
I’ve seen one of her films but this is a good reminder to visit her work.

Yes, Benita Raphan was a filmmaker; her short films were described as "dreamlike" "lyrical" and "genius", cross between documentary and experimental. She also received Guggenheim Fellowship in 2019 for her creative ability in the arts.

Now because of this Instagram post, many more people got to know who she was, and about her films.

Started as just a picture, but a great story!